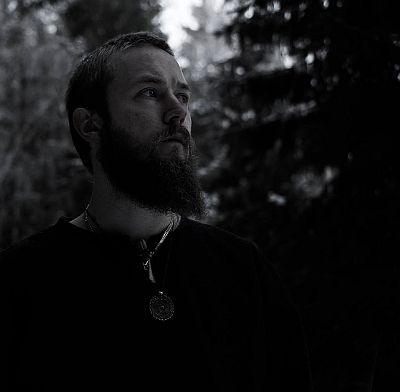 The promised second part of the interview with the Swedish act Forndom is here. While the first part (read it here in case you have not read it before) dealt mostly with music itself and subjects around music, the second one focuses on more general topics. Questions were of course again answered by H. L. H. Swärd, the solely member of Forndom.

Apart from Facebook, one can find Forndom also on Tumblr which is focused rather on photos than music which is slightly out of the common for a musical act. How did you get into photography? Do you consider yourself to be more a musician or a photographer?

Do you prefer a digital camera or photographic film? Can you tell us which camera do you use? Do you edit your photos in the Photoshop or any other graphic editor?

Actually I prefer photographic film as it gives a great lift to the atmosphere. But I have sadly never tested it. My mother’s father used to have a lot of old film-cameras, but after his death they were taken by my uncle, who later sold them. If my focus had lied in photography and not in music, I would certainly have gone over to photographic film instead. But as I don’t have time for this now, I continue to use my Canon EOS 60D and edit my pictures with Photoshop.

Without any ass kissing, your photos are beautiful and atmospheric, and what is more, they also fit nicely to the atmosphere of Forndom’s music. Do you plan to connect the shots and the music somehow more significantly? I know that a few photos were present on the cards of the A5 digipack edition of “Flykt” but I mean something, let’s say, more “epic”. Like doing a luxurious artbook or photobook edition with a lot of photos…

I wouldn’t call it “ass kissing” as long as you mean what you say. I’m glad you like what I do. Yes well, the plan for the time being is to sometime, by the autumn/winter of this year start to shoot short films and in that way connect my music with motion picture. I will ofcourse also use this for further music videos, but what I’m talking about here is something with a more artistic expression where I also have the chance to combine many expressions at once.

Music influenced by Nordic folklore is very dark in most cases, Forndom included, but did it sound like that hundreds of years ago? How old are the oldest remarks (e.g. musical instruments) of Scandinavian music?

There are a lot of Scandinavian folk music, mainly written for dance, which is played in “Dur” – giving away a cheerful expression. But there are also a lot of songs with a melancholic mood. Much of the music that once was, has been lost, but parts of it survived for a very long time in the north of Scandinavia, in what we call “Fäbodkulturen” which simply can be understood as the areas in Sweden where women often were set out during different seasons to guard herds of cattle. The cattle walked free in the nature, but to call on them one used old singing techniques and horns, which also were used to communicate with other people in long distances. There is an old Swedish documentary from the 60’s about this theme that can be seen via this link:
https://youtu.be/Eqi_Pcs-PNo?t=25s

What would you say about the path of Norse folklore knowledge that you have been walking to the present? I have noticed that your interest in Scandinavian traditions is not just a hobby – you study it as well, namely Norse religion. What does this study involves and what is going to be your possible job after getting a degree? Anyway, how far are you from finishing the studies at the moment?

Yes and my studies go very well in hand with the music as it gives me further and further inspiration and deeper knowledge. History of religion is my main subject, but I started my studies reading Ethnology, then I’ve been reading the bachelor now for 1,5 years and currently I’m reading history until the summer. Then awaits 1,5 years for a bachelor in archaeology before I go further and study the masters course for History of religion for two more years. During this time I’m also reading various old-languages, which I will have use for in my studies. All in all I will study for 6 years and I’m currently reading my third year. My main goal is to become a scholar of Old Norse religion, but as there are not always a free spot for this, I will have the archaeology education on the side.

Besides the study, what do the mythology and folklore mean to you?

I wouldn’t call it “mythology” as this is merely a minor part of a whole religion. I would say that I am religious, but not in a way that many would expect. It is hard to worship the old gods today in the same way as one did a thousand years ago. For me the Old Norse religion is more a mental life view and has a very deep impact in all decisions I do in life. 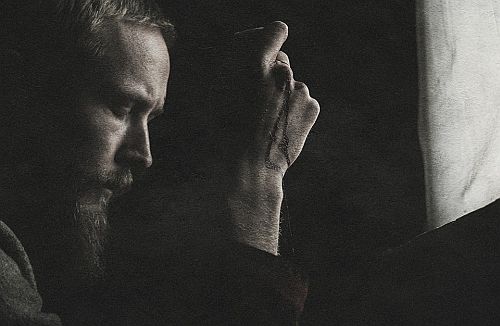 From time to time, I hear about subsidies for underground bands in Norway for an international promotion of the country. I do not know if there is something like that in Sweden as well but in general – do  you think that any sort of support for projects promoting traditional culture makes sense nowadays? Would it actually have any impact on modern society and especially young people?

Ahh I see, I didn’t know about that, but I certainly do know that the Norwegians are good in promoting their country in general. Well I think supporting traditional culture is of most importance nowadays, as everything is becoming lesser and lesser traditional. Ofcourse “traditions” are things that change over time, but it is a true loss if they are completely forgotten. In my opinion it feels like many young people are lost today, and I certainly think that a traditional culture then can help them find themselves.

Heathen mythology is connected with ancient, pre-Christian era. However,  what do you think about the newer monotheistic religions like Christianity, Judaism, and Islam?

I’m no big fan of any of them. First of all because of the many times where politics and religion have gone together and secondly as these religions tend to have a very low acceptance towards people of religions out of their own. But I think it is important to see everybody as people. There are people who do good things in the name of religion, just as there are people who make horrible things. I think one is far out when one is starting to judge people out of their religion.

It is common knowledge that there are many endangered languages around the world. It is not so ordinary in Europe but if I am correct, Sweden has one case at least – Elfdalian. How is it going with the language in these times? What is the main enemy of these languages and how to defend them?

I think the largest enemy is when we look away from the culture and only see the use of different things. Elfdalian is by all means no language that you have so very much use for in Sweden today, but yet it has a very important historical value as it is closely related to the old Norse language. Another great enemy when it comes to this is the many authorities, who don’t want to see this as a minority-language, but yet invite more and more new words, which changes the Swedish language constantly. With other words, it is a danger when one fails to have understanding for the historical values, and only have an interest for the new.

It is now more than 20 years since many ancient Christian churches were burnt down by several Norwegian black metallers. What is your comment on this? Do you think that this infamous act also contributed on people‘s interest in pre-Christian era in Scandinavia? Have you, for example, seen YouTube channel of Varg Vikernes? As a student of Norse religion, how do you view his thoughts?

I truly find it sad when they decided to burn down wooden churches that were based upon Old Norse architecture. I can understand the hatred towards a religion that ruined so much of the old culture, but in the same time these churches also carried a high historical value. So by all means I think it was wrong. Well, by the time of these actions I think most people falsely connected this more to Satanism than something that had to do with the pre-Christian era. But I certainly do think that it contributed to an interest of the Norwegian black metal scene. 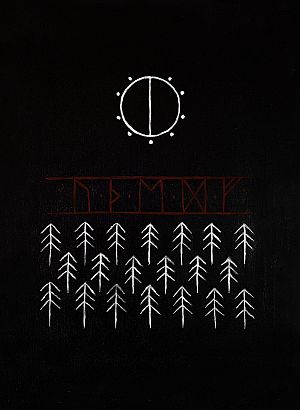 Yes I have seen his YouTube channel, but it is nothing I follow. I can agree with some minor things he says about living and survival, but else it is not that very much that I agree with him in, but nevertheless I let him stand for his thoughts. When it comes to his view upon old Norse religion he tends to have right in some cases but in others he tell about certain things as facts when they are actually completely baseless. As an academic person I know the importance of sources, which he never reveals. However, I do find Varg being a fantastic musician.

Some people believe that the European cultural heritage is now in danger because of the current immigration wave. Sweden is probably the second most frequent destination for refugees and immigrants after Germany. How do you see the situation as someone living in Sweden and also someone who is deeply interested in original European culture?

Original European culture? Culture is something that is changing constantly, even if it is by small means or larger, and I think it is rather hard to find something that is completely original when one is not talking about a specific subject. One can however speak about European cultures at a certain time, but also there one must be more specific, as the Scandinavian culture in the year of 800 was very different from the German in the same time. Then we also have cultural differences among different places and classes. However, I do understand your point. The truth is that I don’t understand how their culture can be a threat to my own. Every culture can learn something from another one. Just because it comes a new culture, doesn’t mean you have to surrender your old. Since the Viking age, Scandinavians have been able to take inspiration from other cultures and by time, making it to their own thing. 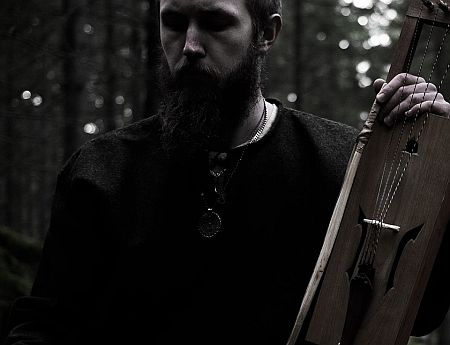 I do however think the migration to Sweden has been overloaded during the past year. It has been far too many people coming in all too short time, which has led on to several problems. But once again, I think it is important to see the individuals behind actions, and not blame a whole group of people of various kinds.

We like to end our interviews in a lite spirit and this will not be an expection. So – when did you shave for the last time? Will you shave in the foreseeable future, or do you aim for an epic, wizard-like beard? Thanks a lot for your time and for your answers!

I have not shaved since January 2014, where I started my studies and in the same time also started to talk to my beloved. Since then I have made some trims and cuts from time to time, but only to keep it in the right shape. The aim is indeed a long beard, stretching to the belly. I will never shave it. Thank you for good questions, it was a pleasure!