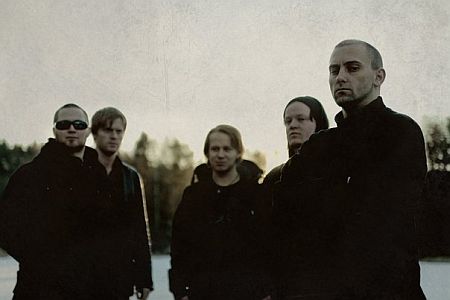 Your new album “Mantra” was just released. Despite the album was recorded back in 2008, I believe that you are still full of impressions of the making process. Can you please tell us about songwriting and recording and also about what “Mantra” is all about from your angle of view?

It was delayed because of various reasons outside our control. The recording process was the hardest I have ever experienced, without going into further details.. We are very satisfied with the album. Looking back, of course there is stuff we regret, but that is how it will always be. Additionally, we did no preproduction or rehearsals for this album. I think we will try to do that next time.

We have mostly received really good reviews. It seems to be 50/50 between people who like “TLR” and “Mantra” the most. But that might change when people give Mantra som more spins. We have received 2 reviews, the least good ive seen, of 4/6 and what people complain about is that it is too much variation. That is sort of also what you can attack us for, because indeed it is. All the songs are different, and we have 6 different vocal types. But most people seem to like In Vain exactly because of all the variation. When it comes to comparing the two albums I just say they are different. It is not like sport, where you can say “this is best”. However, I think “Mantra” has way better production and shows us from a much more mature side.

All the recordings were done by autumn 2008 and “Mantra” was initially supposed to be released sometimes in late spring or early summer last year. What happened that there is so big gap between the initial release date and the final release date? I know that it has something to do with the label, but I’m not sure…

There are two reasons. Delays in the recording process and that the label was reorganizing.

Word “mantra” comes from the Eastern Asian philosophy and stands for sounds or words made by higher beings which man can hear during the meditations. Are you personally interested in philosophies such as Buddhism or Hinduism? Why did you choose this word for the album’s name?

Hm, I think it is interesting, but I have not read about it. I think Asia in general is interesting. However, this is not the background of the title. I just think it is a cool title. It can mean a lot of different things, but one of them is sound. So you can sort of look at “Mantra” as our “sound”.

Here in the Czech republic, there’s band called Master’s Hammer. They’re one of our biggest black metal legends. Have you ever heard of them? I’m asking because they released their new album in December 2009 and it is entitled “Mantras”. I suppose it’s just a namesake, but I had to ask:-)

I have to be honest, I have not heard about them. But I am not your average metal head. E.g. I have no records or Metallica, Iron Maiden, Pantera, etc… I just got into metal very late. The word Mantra just came into my mind. I dont know from where.

The album artwork ís also very interesting. It was made by Brazilian artist Marcelo Vasco who previously worked with plenty of well known bands from the metal scene. Why did you chose him? Are you satisfied with cover’s final result?

We liked it a lot. To be honest, it was sort of Indie who said we should use him. But we agreed, he has done a lot of good work. The cover artwork took a lot of time and it took a while until we were happy with the final results.

You already filmed a videoclip for the song “Captivating Solitude”. Where did you shot it? How did you enjoyed the process of its creation? Is there any funny story from the shooting?:-)

We shot it at Songsvann, Oslo. It was fun, but fricking cold!! I had a hard time just playing the guitar.. No particular story from the shooting, but I can say that the first video edit we received was so bad that we almost cancelled everything, hehe… But in the end the result was good.

Very unusual in the context of the rest of your production is song “Wayakin (The Guardian Spirit of the Nez Perce)”. Why did you choose the tribe of Nez Perce indiands to make a song about? What is special about them? Can you describe to us the story behind this track?

I just read a book about their attempted escape to Canada when they were chased out of their land. They gave the americans a hell of a good fight also. Wayakins are animal spirits, which the Nex Perce believed in. I thought it was interesting and wrote some lyrics about it. The most special about the Nex Perce is the mentioned struggle to try to get into Canada. However, they were stopped just on the border after having been chased for hundres of miles..

“The Latter Rain” sounds Norwegian to me, but music on “Mantra” reminds me North America a little bit. I think it’s because of songs like “On the Banks of Mississippi” or already mentioned “Wayakin (The Guardian Spirit of the Nez Perce)”. Is it just a coincidence or is it a purpose? Do you feel it also like that?

Probably just a coinsidence. Apart from my interest in Native American history, I dont have any particular interest in USA. However, a lot of great music comes from there for sure!

There is a plenty of moods and feelings in your music. Both the albums are really various. When we look at “Mantra”, there are crushing metal parts, soft atmospheric moments and many kinds of atmospheres. It seems like you are not afraid of using every single musical idea. But is there any border that you don’t want to cross just because it wouldn’t “In Vain enough”?

I used to say I would never use electronica elements, etc.. But these days I say you should never say never.. I have no idea what the songs are going to sound like before I write them. But In Vain will always be some sort of metal.

The list of guests who appeared on debut is pretty long, but there are only four guests appearing on “Mantra”. Why that?

We wanted less guests and the record to be more a band effort. I think we succeded with that. We will have guests whenever we find it appropriate and that it suits the music.

When I listen to songs like “Captivating Solitude” or “Sombre Fall, Burdened Winter” it always reminds me cold, deep woods and high mountains and your country is full of landscapes like those. I know this is maybe a little bit annoying question beacuse of its indefinitess, but where do you get the inspiration for songwriting? Does the nature of your country inspire you or it’s something completely different?

I have to be honest and say I am not very much influenced my nature. It is mostly music I get inspiration from, but it can also be television, media or just life in general.

What is the biggest difference between “The Latter Rain” and “Mantra” in your opinion?

I think “Mantra” shows us from a more mature side. The songs fit better together I think. However, I will not say “Mantra” is better than “TLR”. They r just two different albums.

What about your plans to the future? I suppose there would be a tour to support new album. Is there any possibility for you to play in the Czech republic? It would be great to see you playing here. What else should we expect from In Vain in upcoming months?

Oh, we would love to go and play there! We will definitely do a European tour, but first we need to find a suitable band to go with. We want to go on a tour with a bigger headlining band as we are not big enough to go on our own yet.

Thanks a lot for the interview and for your time. Good luck both to you and the band. If you would like something to add, go on.

Thanks a lot for the support man! We truly appreciate it.