Agonia Records are proud to announce the singing of Sweden’s melodic death/doom metal masters, IN MOURNING! The band is currently in studio working hard on the successor to their 2012 much-lauded offering, “The Weight Of Oceans”.

Hailed by many as the heir to Opeth‘s melodeath throne, IN MOURNING was formed in the Swedish woods in the year 2000. Since then the band has evolved over the years striving to refine its sound to what it is today. April 2012 marked the release of the bands third and latest album “The Weight Of Oceans”, a mythology inspired conceptual story that journeys to the sea. Musically blending a broad spectrum of influences into a foundation of melodic death metal. Thrusting from doomy metal-riffs, blasting drumbeats and deep growling vocals to calm breezes of clean flowing melodies and harmonies.

After the release of “The Weight Of Oceans” the band parted ways with drummer Christian Netzell (also Volturyon, Spasmodic etc.) to later be joined by former Katatonia drummer Daniel Liljekvist. Now hitting the recording studio with new spark in late 2015 to write a new chapter together with Polish record label Agonia Records! 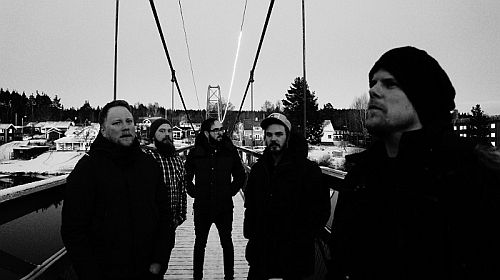 On the new deal & upcoming album, IN MOURNING commented:

“We’re signing to Agonia Records for this new record that we’re currently recording. It all feels really good, we get good vibes from the people at Agonia and the label has some of our friends on their roster as well as a lot of other good music. We’re in good company and we have some good things cooking.

The new record brings some new elements to the band, which feels good. First of all we are super stoked to have Daniel Liljekvist with us behind the drums, he has brought a whole new vibe to the band and brings both new kinds of dynamics as well as new kinds of power to the music. We’re also recording with Jonas Martinsson who is handling the studio engineering, which as well will bring new elements to the sound of the record.

Drums are recorded and they sound awesome. We’ve begun tracking guitars and we’re somewhere in the middle of recording rhythm guitars right now. We won’t reveal much more at this point but we can promise that more news will follow soon, keep your eyes peeled and check our online pages now and then.” 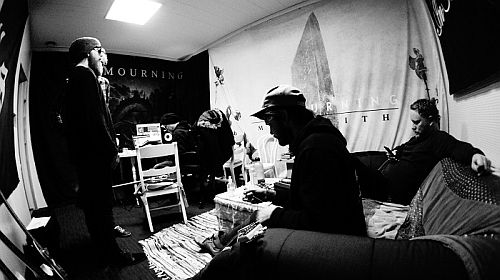