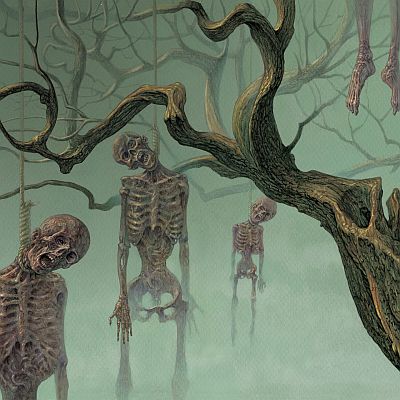 “The Regal Tribe” is the follow up to “Ordained” (2014) which saw USURPRESSleave their deathcrust path for more uncharted territories. During the composing of the new album, the band was plagued by mental disorders/depressions and life threatening illnesses in the member’s immediate families, most notably vocalist/lyricist Stefan Pettersson‘s battle with his bone marrow cancer. Therefore “The Regal Tribe” is a heavier and darker, yet more varied, complex and thoughtful effort than their previous albums. This concept album is a tragic story about life versus death, about vanity and the relentless passing of time and is by far USUPRESS‘ most ambitious output to date.

Pettersson develops: “We decided early on to discard the traditional way of songwriting/arranging and compose The Regal Tribe one piece at the time, starting with the first riff in the first song and ending with the last riff in the 10:th song. That way we hoped to avoid the album becoming repetitive and stale and instead more fluent and powerful. Listening back to the finished album, I’m convinced we did the right thing. This is the album we have always sought to do”.

Since their formation in 2010, USURPRESS have gained a reputation as a creative and hardworking band that in a relative short time already have built up an extensive back catalogue of albums, EP’s and splits. Their aim has always been to constantly evolve and expand their soundscape, always looking forward in a restless and tireless way.

Pettersson: “Although we are very proud of all our previous works, we never look back. Dwelling on the past does not interest us at all. We started to write The Regal Tribe a couple of weeks after Ordained was released and we started to draw up the blueprints for our next album before we started to record The Regal Tribe. This is how we do things, we don’t wait for inspiration, we get inspiration from creating”.

Pre-orders will be available from June 9th at this link:
https://www.agoniarecords.com/index.php?pos=shop&lang=en

Track listing:
I: Beneath the Starless Skies
II: The One They Call the Usurpress
III: Across the Dying Plains
IV: The Mortal Tribes
V: The Halls of Extinction
VI: Throwing the Gift Away
VII: Behold the Forsaken
VIII: On a Bed of Straw
IX: The Sin that Is Mine
X: In the Shadow of the New Gods 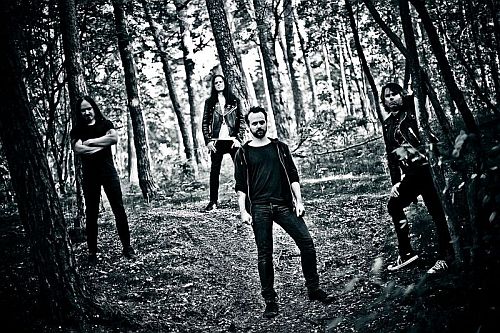