France’s avant-garde black metallers GLORIOR BELLI will release a new album entitled “Sundown (The Flock That Welcomes)” on May 6th via Agonia Records. Acknowledged for their brand of black metal influenced with a mix of heavy grooves, doom-laden lyricism, and thickly distorting sludge, the band announced a return to their roots on upcoming record. A first taste of the album is available below, in the form of a lyric video to the title song:

“The production is by far one of the best that Glorior Belli ever had” – comments the band. “Drums & Bass are absolutely devilish and placed under the spotlight. Everything was recorded, mixed and mastered in our own studios, having an absolute control as usual over the sound. The guitar work overall will bring you back to the origins of Glorior Belli”.

“Conceptually wise, Sundown (The Flock That Welcomes) will smother you with darkness and light, both stuffed down your throat with the same rage that could be heard on Glorior Belli’s ealier records. When the Night is coming down on you, will you find a way through the dark? A record for the very few of us who truly embrace the desire to break from the cosmic prison”.

Tracklist:
1. Lies-Strangled Skies
2. World So Spurious
3. Rebels In Disguise
4. Thrall Of Illusions
5. Sundown (The Flock That Welcomes)
6. Satanists Out of Cosmic Jail
7. Upheaval In Chaos Waters
8. We Whose Glory Was Despised

Steadily climbing the ladder of artistic development, the French band GLORIOR BELLIhas developed a very unique sound and image in the often stiff frames found within the black metal genre. Descriptions such as “Avant-garde black metal bluesmen”(Pitchfork) or “bluesy doom-sludge” (Metal Sucks) are only two sides of the same coin, but the beast can wear many faces. While the band’s last album “Gators Rumble, Chaos Unfurls” (2013) was a combination of southern stylistics and crushing heaviness, its upcoming successor “Sundown (The Flock That Welcomes)” will reveal a new chapther in this unusual relationship of genres, only this time, the emphasis is on the black metal side.

The band is led by Infestvvs (aka Billy Bayou), since its inception in Paris in 2002, who currently takes care of all instruments. He is endorsed by Randall Amplifiers and will be accompanied on stage by fellow Luciferian silhouettes known as “The Innominati”. 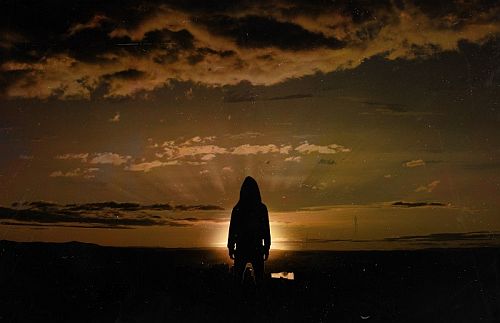 “Sundown (The Flock That Welcomes)” is available for pre-orders here:
https://www.agoniarecords.com/index.php?pos=shop&lang=en