French black/death metal masters THE ORDER OF APOLLYON, also referred to as TOOA, have inked a record deal with Agonia Records, with plans to record a new EP in 2016.

Formed in 2008 by BST (Aosoth, ex-Aborted) and then-drummer Daniel Wilding (Carcass), THE ORDER OF APOLLYON is an artistic and spiritual concept. With lyrics based on “the Divine nature of Death, and the prophecy carried on by Death’s ultimate servant, man, and a music between death metal and black metal, with martial ambient influences” (as commented by the band themselves), TOOA have developed their personal sound through two full length albums: “The Flesh” (2010) and “The Sword And The Dagger” (2015).

Accompanied by a line-up consisting of members of the elite of the French Black Metal scene (Hell Militia, Aosoth, Temple of Baal), and starting a new international collaboration with Agonia Records, the band is now focusing on their next release, to be recorded at the infamous Bst Studios. 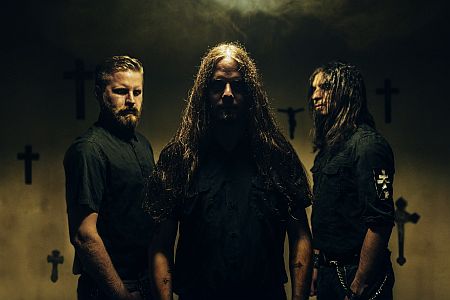