French black/death metal band’s VI, TEMPLE OF BAAL and THE ORDER OF APOLLYON are currently at BST Studio recording material for their future split, which will be released on Agonia Records in late 2016.

BST (Aosoth, ex-Aborted, The Order Of Apollyon and VI) can be thought as a link between all three band’s. Apart from being an active musician, he serves as the producer of the upcoming split, which is being recorded, mixed and mastered at his own BST Studio (except for drums which have already been recorded at Hybreed Studios). The split will see all of the the involved acts explore their creative potential as each of them will be contributing with a brand new track. That being said, here’s a forerunner of what to expect.

VI commented: “Being a part of this split along with Temple of Baal and The Order Of Apollyon was an opportunity for us to release a new single track. We thought we were done for a while with creating new music since the release of De Praestigiis Angelorum, but it appeared that we still had more to do. Expect something slightly different from what we’re known for. Expect something unique”.

TEMPLE OF BAAL commented: “Split releases have paved Temple Of Baal’s history through the years as special items in the band’s discography, done with special bands strictly chosen for their common views on Black and Death Metal as sacred works of Left Hand Path dedication. Once more, Temple Of Baal teams up with bearers of the Black Flame to bring a three-fold testimony of Faith”. 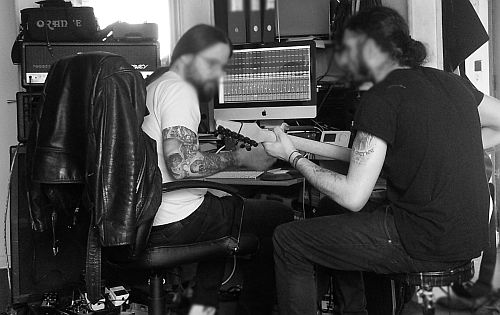 THE ORDER OF APOLLYON commeted: “Joining forces with Agonia for a fresh new start for The Order, we deemed appropriate to release something special. We chose to share this one with artists that we respect not only as musicians, but also as genuinely devoted human beings. The song we wrote for this EP is also meant to give you a taste of what’s to come on our side in the near future”.

While VI is a newcommer band with a well received debut album from last year (“De Praestgiis Angelorum”), its ranks include experinced black/death metal musicians ofAntaeus, Aosoth and Aborted fame, who have swapped their instruments on this new project with an exceedingly good resoult.

THE ORDER OF APOLLYON (also TOOA) was formed in 2008 by BST and then-drummer Daniel Wilding (Carcass). The band is an artistic and spiritual conecpt, who developed its personal sound through two full-legth albums: “The Flesh” (2010) and“The Sword And The Dagger” (2015). Its line-up further consists of members of Hell Militia, Aosoth and Temple Of Baal.

In their over 15 years-long career, TEMPLE OF BAAL evolved from a primitive black/thrash outfit into a black/death metal entity of epic dimentions. “Mysterium”, the band’s fifth album from 2015, dwells on the topics of spirituality and religiosity, and reflects them in the music, allowing the atmospheres to develop in a unique and mature way. The group’s black metal roots are back in full force, covering at the same time a wide musical spectrum. 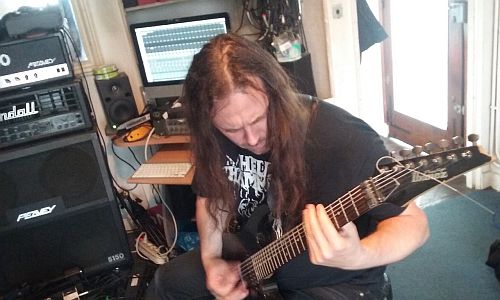 More details will follow soon.
Photos from the studio can be accessed at THIS LINK.