This is the explicit cover artwork for “MONDOSCURO”, the announced EP co-starring CADAVERIA and Necrodeath, both as distinct bands and as authors of new songs, composed and played together.

In detail, the EP will contain six tracks: two brand new and co-written songs, two covers (one of The Beatles and one of Type O Negative) and two unusual “exchange of roles”, that will see CADAVERIA reinterpreting a classic by Necrodeath and Necrodeath performing a CADAVERIA hit. 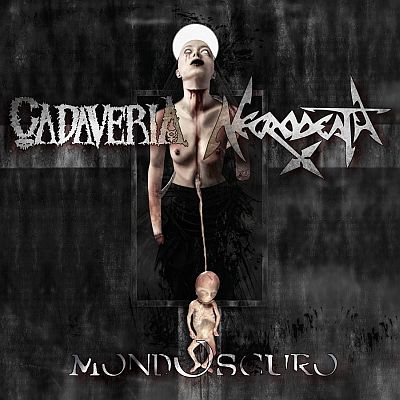 Among the other surprises of “MONDOSCURO” there is the participation of Lindsay Schoolcraft from Cradle of Filth, as special guest on vocals.

The release of “MONDOSCURO” on Black Tears of Death label is expected late this Summer.